I find it  interesting and disturbing that climate science prior to 1978 has been rewritten by the “warmists” left in charge of tracking our climate and being fed by Government grants to promote newly fabricated science proving that mankind is somehow impacting our climate (when we can’t even predict the weather tomorrow). 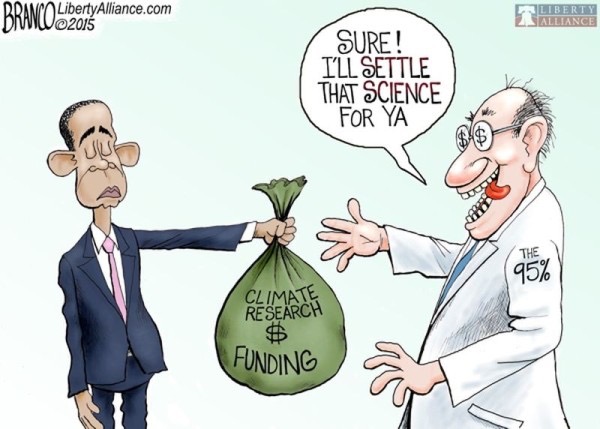 As an example, following is a link to a blog of an accountant who discovered that all the weather data in Paraguay had been rewritten. https://notalotofpeopleknowthat.wordpress.com/category/global-temperature-updates/

In 1979 the History Channel produced a science series that included a special about the coming Ice Age and how it would impact our world within 100 years. Remember that in 1979 our world pollution levels from factories and automobiles was at the peak of our human history so how was it that all the science of that time indicated that a severe ice age was on its way and unstoppable? Where did all that scientific evidence go? Who rewrote it? You can see excerpts from that 21 minute featured television show by clicking here. It was sponsored by the US Army, the National Science Foundation and numerous university colleges and universities. http://youtu.be/eq6fDa9JrzQ

This entry was posted in Politics. Bookmark the permalink.