Detroit – why liberalism does not work!

From the Sovereign Digest today:

If you saw last Sunday’s Super Bowl ad-fest, you know that Dirty Harry wants us to know it’s halftime in America. He wants us to know that Detroit’s phoenix-like rise from near-ruin is a metaphor for America’s imminent return. He’s half right. It is a metaphor … but for something much darker – the decline of American values and the growing dependence on government for survival.

Detroit is an all-but wasted city. The population has been in free fall for decades, having lost more than a million residents in the last 50 years. Violent crime is the second highest in the nation, or so says the FBI. At one point, Detroit held the dubious honor of hosting America’s highest foreclosure rate, and it still ranks high among the sickest housing markets in the country … more than 100,000 land parcels are now vacant, representing a land mass nearly as large as Manhattan. The city’s public education system is among the worst in America, with Education Week reporting a high-school graduation rate below 25% in the 2007 school year.

Like doctors using heroic efforts to keep a brain-dead patient alive but in a permanently vegetative state, the government put a failed industry – and, by turn, a failed city – on life support. And that’s the real metaphor Detroit provides for America … not the resurgent phoenix, but the infirm patient surviving on a vent, absent a quality of life.

Everywhere you look in America today, we’re a nation living increasingly on life support – on government handouts. And our quality of life is in decline. More than 47 million Americans now live on food-stamps, a population large enough to be a top-25 country by itself. Today, only 44% of American families live in middle-income neighborhoods, down from 65% in the 1970s.

The U.S. dollar has been in near-constant decline since the mid-1980s, raising our cost of living and shrinking our standard of living. Overall, a record 35% of all wages in America now come from the government – more than triple the level of 1960, just before the Great Entitlement movement began to swamp the U.S. Halftime in America, Clint? It’s late in the fourth, the emerging nations are threatening to pull ahead … and the U.S. government is calling all the wrong plays.

Which brings us to a letter we received in response to last week’s fable about the unemployed ants. David S. wrote to ask, “Has it occurred to you that if the 36% who are not participating in the labor force don’t receive their government handouts to keep them pacified, they will eventually revolt? The new equivalent to “Religion is the opiate of the masses” may well be that “Welfare is the pacifier of the unemployed.”

You make our point for us beautifully, David. We absolutely think a revolt is in the offing for America – and we’ll have more on that soon. This country cannot continue on its current path and still maintain the ideals and principles from which America’s economic and political successes sprang. Personal responsibility is out. Personal entitlement is in. That cannot last. You cannot provide a livelihood to those who feel shortchanged by free-market capitalism (the only political/economic system that has any hope of reviving the American Way). And you cannot continue to impose ever-more onerous taxes on the wealth builders and job creators to pay for those who feel entitled to a lifestyle they did not earn. If that persists, America can’t. Personal responsibility and personal entitlement are anathema. And they soon will clash. 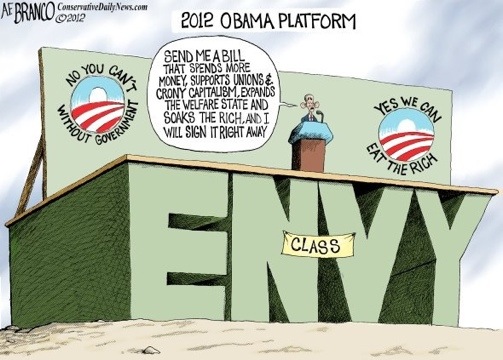 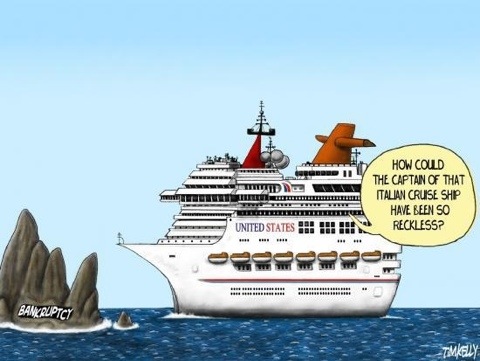 This entry was posted in Politics and tagged Detroit, liberalism. Bookmark the permalink.

One Response to Detroit – why liberalism does not work!