After a cinnamon syrup and pancake breakfast, Cathy and I went to the school were Haitian adult men were improving their English speaking skills. They were actually pretty good and incredibly inquisitive about Canada and the United States.

We then toured some if the 26 new all-concrete housing units that Haiti Arise has built and when leaving, the right rear tire of our van broke through the concrete road and fell into the hole. Apparently when they built the road over the open sewer ditch, the rebar was not correctly placed. Within seconds a large number of Haitians showed up and lifted the van, by hand, out of the whole. The whole process was complete before I could pull out my camera and the people were gone before we could thank them.

Work finishes at 2:00 pm on Saturdays and then “beach day” begins. We all loaded up in the van with our suntan lotion and flip flops and drove down the barely recognizable roadways through the mango and banana trees and the pastureland down to the beautiful beach.

Some boating entrepreneur fishermen came by and after negotiating price, they caught and barbecued lobster for us and brought us metal pans and forks.

After the sun went down behind the mountain we went down the beach to the new Haiti Arise property where another entrepreneur asked us if we’d like coconut for desert. He climbed the closest coconut tree, knocked down our order, and used his machete to provide each of us our own coconut. 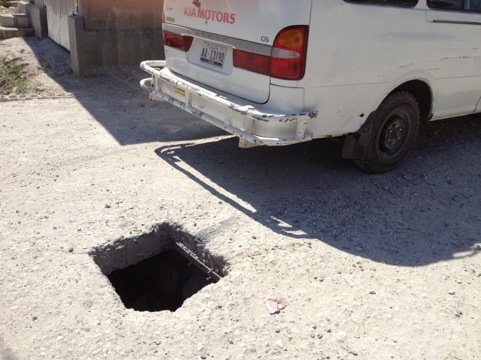 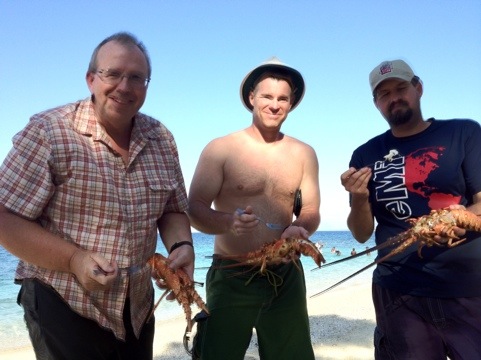 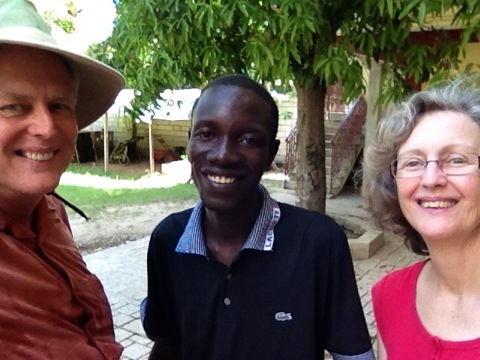 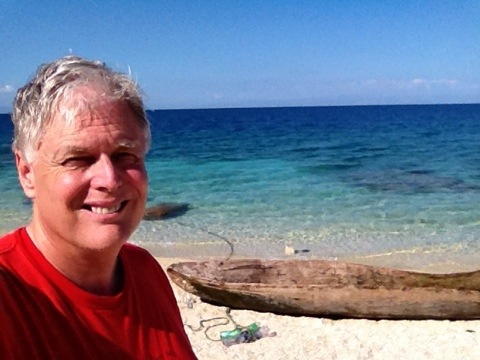 This entry was posted in Church, Family, Friends, Traveling and tagged Education, Haiti. Bookmark the permalink.