My Brother is a cool guy!

Besides being just a cool guy, my brother is also well-known and respected for his contributions to the RCMP in Canada. When he’s not riding his horse and diving into unknown waters to save us all he’s with his beautiful wife, four sons and a grandson who all live on Vancouver Island. Here is the latest RCMP write-up on Peter.

Peter Attrell, currently a reservist with WCMS, retired with 35 years of service in the RCMP as well as another two years in Municipal Policing. He began his career with a Certificate in Criminology from Mount Royal University in Calgary Alberta. Peter has completed 5 years in General Duty Policing, 1 year in Customs and Excise, and 31 years working within the RCMP Marine Program. Up to 1998 he was a lead instructor for the National Underwater Investigators Course as a 19 year veteran of the 45 member Divisional RCMP Underwater Recovery Team. He holds Certificates of Competency as Master up to 500 Gross Tonnage and Mate up to 3000 Gross Tonnage in Near Coastal Waters to fulfill his role while employed in his current role in the RCMP. With his expertise, he has instructed on a number of Divisional RCMP Water Transport Courses, National Underwater Recovery Team Induction
Courses, led an 8 member Marine Unit out of Prince Rupert for 5 years, held the position of the West Coast Marine Operations NCO for 6 years, and retired after 5 years as the E Division Basic Water Transport Coordinator for the Province of B.C..

In 2006, subsequent to the unfortunate drowning death of Cst. Jean Minguy in Vernon B.C. and within directives issued by HRSDC, the B.C. Coroners Service and Transport Canada Marine Safety, the RCMP s the E Division Basic Water Transport Program Coordinator’s position was created operating out of West Coast Marine Services in Nanaimo B.C.. Peter took on the daunting task of creating a Safe Management Program within the 90 + BWT Fleet of vessels under 9 meters in length. On November 23rd, 2010 Transport Canada Marine Safety Regional Director James Lawson recognized Peter Attrell’s achievements by presenting the RCMP as an Authorized Agency to manage
its own Self Inspection Program in B.C. under Section 3.2 of the Compliance and Enforcement Policy under authority of the Canada Shipping Act 2001. This was a first for any Federal or Provincial Government Agency across Canada.

Reservist Peter Attrell should be recognized for his contributions to the marine programs in British Columbia. Through Peter’s efforts, E Division leads the country in compliance and safety of the largest marine fleet under control of the RCMP. For his lifetime commitment to these programs he should be awarded the Queens Diamond Jubilee Commemorative Medal. 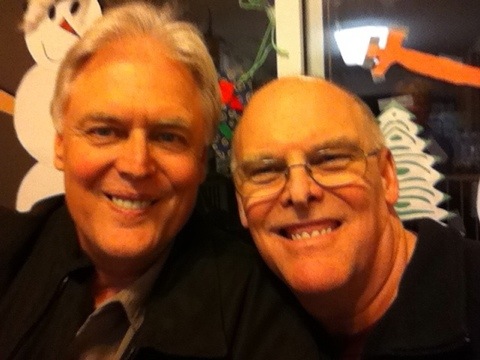 This entry was posted in Family and tagged Peter, RCMP. Bookmark the permalink.

One Response to My Brother is a cool guy!